I was humbled to be asked by Amy Casey, at British Forces Broadcasting Services (BFBS), to do an interview for International Women’s Day. The interview was originally broadcast on Amy’s show on Sunday 8th March, but you can listen again through the X-Forces YouTube channel below.

My first response was almost apologetic, I said ‘’Amy, I haven’t prepped for this and all I know is that you wanted a chat’’. As ever Amy’s energetic voice, which I could listen to all day, said ‘’don’t worry, mate, just be you. The best interviews are the ones that don’t have a script’’. She has just got to be one of the best interviewers I know!

So, here follows what we covered:

What have you achieved in the last few years of running X-Forces Enterprise (XFE)?

Since inception we have now supported more than 1900 individuals from the military community, in starting their own businesses, as we now reach our 7th year. There are thousands more beneficiaries who have received over 27,000 hours of training, mentoring and knowledge exchange.

With a specific focus on women, we have supported over 600 in the armed forces community, which equates to 30% of our numbers overall. This is a statistic of which I am particularly proud as we know that there can be challenges, or perceived challenges, for women starting their own business.  For instance, we work closely with Julie Baker at NatWest Enterprise; their CEO, Alison Rose, who is a powerhouse herself, tasked by the government to publish the Alison Rose Review last year. The report highlighted 5 key barriers to women in business, 1: shortage of funding, 2: bias against women [context of pitching to investors], 3: fear of failure, 4: lack of networks and mentors, 5: juggling childcare. XFE has certainly made some headway in resolving at least 3 of the 5 barriers highlighted, including: funding, building networks, mentoring and tackling fear of failure through our training programmes. There’s no such thing as a sure thing when it comes to investment, and notably when starting a business; I know that all too well. Doing the all-important due diligence, ahead of making a key decision, cannot be underestimated.  That is one of the reasons why XFE was launched, to provide a handrail of support and a turnkey solution to business understanding and ownership.

Why are you so passionate about the Military Community?

Oh wow, big question and one that would take an interview all of its own! In a nutshell, I would have joined the Army at 16 if I had had the opportunity. From a very young age, the perception of the armed forces, for me, was something that signified a sense of belonging and purpose. A family, but in a career context. I wanted to be part of that and the sense of strong, proud and being part of something meaningful. That meant a lot to me growing up and still means a lot to me now. XFE is basically my work family and I am proud of what we do together. We don’t always get it right but mostly it’s amazing!

What does it mean to be a reservist?

I love it. My army unit and fellow reservists are incredible people, talented and wanting to make a difference by bringing their experience and knowledge to the armed forces community. I’m still the new kid on the block and delighted that I can contribute in some way to creating a safer and progressive world we find ourselves living in today. 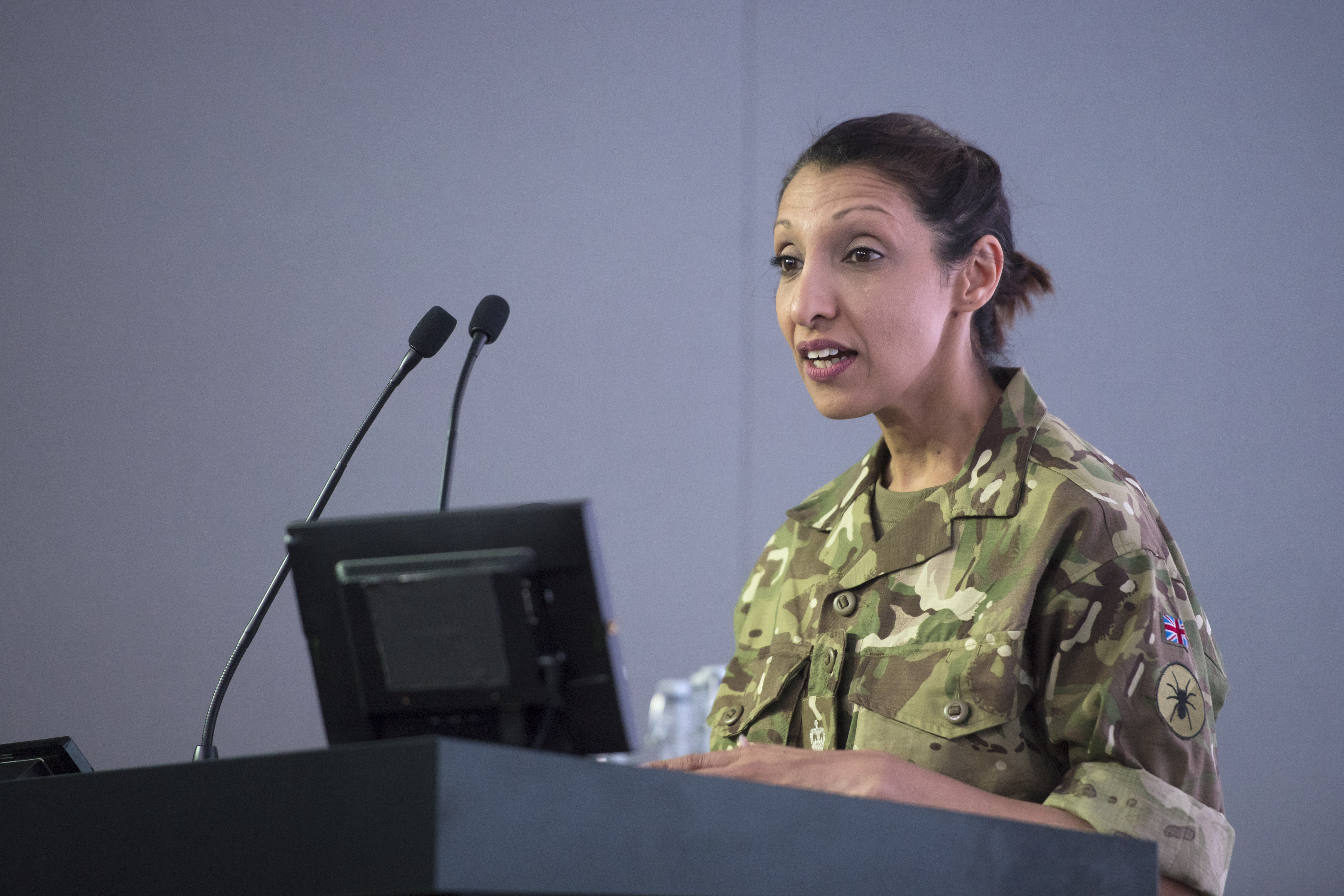 What would you say to the women on the show that are listening?

If you have a dream, explore it! Many of the glass ceilings have been smashed already and the path has been laid. Know that you have support out there to explore, learn and be innovative. XFE’s team has a wealth of experience and can help. There are other organisations out there too who can support. What’s the worst that can happen? You make the decision of running a business or alternatively that this idea isn’t right for you…  that’s a success in itself, making an informed decision either way whilst learning so much in the process. This is lifelong learning!

Finally, a massive thank you again to Amy who has interviewed me throughout these last 7 years and followed the journey! I am also delighted that we will be covering some of the Soldiering On Awards stories, next month, as the awards are now in their 10th year. We are hugely excited that Amy will be covering the voice-overs of the finalists’ stories for awards night.  We hope she will be there on the big night 24th April so we can point her out…  The face to the voice!  The power of the community as always shining through.