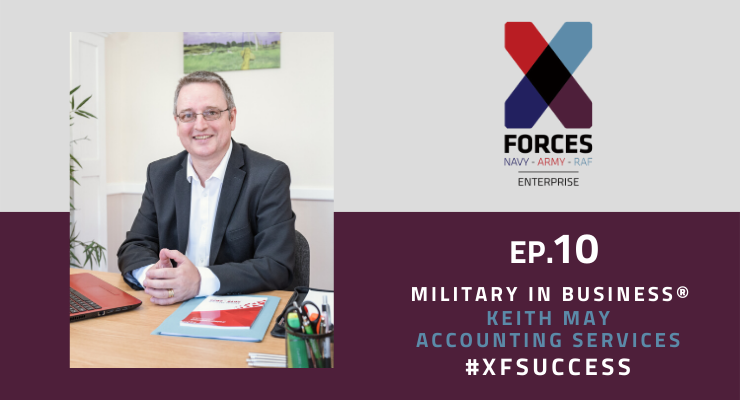 Part of this training can be the opportunity to acquire professional qualifications that will serve you well once you transition to join the civilian world of work.

I was delighted to interview former Warrant Officer Keith May who qualified as a management accountant in record time whilst serving in the Army, thanks to the support he received to further his education.

A short time later, taking part in an X-Forces Enterprise Self Employment Awareness one day course – supported through the Career Transition Partnership (CTP), Keith was helped to “join the dots” between his Armed Forces skills and training, further education and desire to work for himself, and he finalised his plans to establish Keith May Accounting Services.

The absolute cherry on the cake for me with Keith’s story; well there are two actually … is that Keith so appreciated the support he had received through the Armed Forces community, that he decided to dedicate some of his time to support a services charity with their book keeping.

And the other cherry…? Keith has some wonderful tips for all of us who groan at the thought of tax returns or year-end accounts – or both! Something all too prevalent at this time of year.