HELLO Highlights XFE Founder in ‘A Year of Love’ Campaign 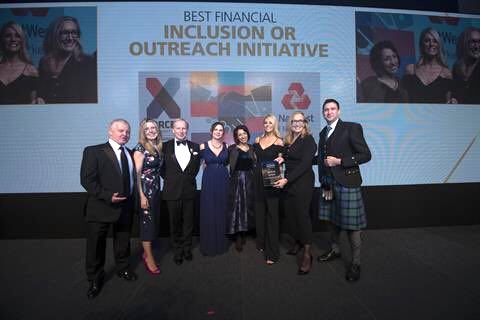 The first ‘Empowering Armed Forces Widows Through Enterprise’ programme run by X-Forces Enterprise (XFE), which took place in London this summer, has been hailed an overwhelming success by the project’s partners and delegates.

The first cohort of graduates on the programme suggested that having a greater understanding of enterprise has given confidence and a sense of excitement about their options for the future.  Participant feedback was wholly positive including “I will progress my business idea, complete my business plan, and get started” and the word “confidence” came up repeatedly.

One of the participants, Jane Worthington, said she had not come along with a clear idea of what she wanted to do, but had gone away from the course “with great enthusiasm for developing my business ideas and the confidence to see it through”. She agreed with many when she said it had been “so useful to meet other people in a similar situation, we have all given each other support”.

Another, Katy Clark, said “The team are helpful, knowledgeable and supportive. I met like-minded people from day one. I now feel empowered, knowledgeable, and excited about the future. If you are in a similar situation with a grain of an idea but are not sure how to go forward with it, then go for this because you never know where it might lead”.

Helen Townend, former chair of the Army Widows Association who was present at the graduation said:

“It was a real privilege to be able to observe the team and the ladies in action. There was an incredible energy and focus in the room and I thought that this could easily have been a board meeting of a high-powered company discussing the progression of skills for others as well as themselves”.

“The nature of Service life meant that the loss of a spouse left many finding themselves having to concentrate on managing and supporting families rather than developing their full potential and life skills. The work of X-Forces helped fill that gap – giving widows, widowers and dependants a chance to fulfil this lost potential and to help develop greater confidence and independence.

The success of existing X Forces programmes, in particular in respect of the wounded, injured and sick, convinced the Trustees of the value a similar programme might bring to widows, widowers and dependants. And the early signs are very good with the first programme having been an overwhelming success.

We are delighted to have been able to facilitate the bringing together of the widows communities and X-Forces, an initiative that we hope will go from strength to strength.”

“The Widows programme is a significant expansion for X-Forces. We thought that it was wrong that these enterprise learning opportunities should be denied to widows and dependants.  In our first cohort, we have encountered so much energy and imagination. At the graduation ceremony for our first programme, the positivity was palpable, and I could not have been more thrilled with the response from the participants.”

XFE is building on the success of this first cohort on the programme to create bespoke courses and module support for 2019.  Applications will open soon – please contact Craig Kotze for further information; email craig@x-forces.com or telephone 020 7811 3969.