5 reasons why you should enter your startup into award ceremonies? 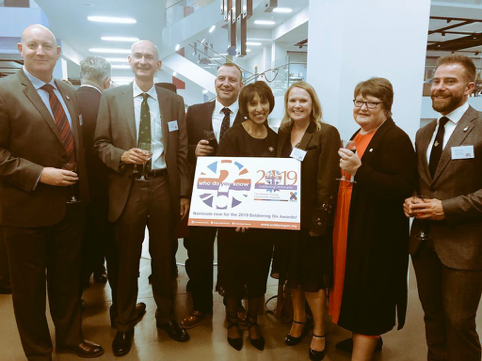 X-Forces Enterprise (XFE) will help nurture the entrepreneurial ambition of these outstanding members of the Armed Forces community through ongoing guidance, networking and promoting of these great role-models. This should encourage other inspirational people and organisations from the armed forces community to follow in their footsteps and with the support of XFE’s business sponsors, charity partners and government. We hope to encourage even more members of the military community to follow their ambitions and become successful in their endeavours.

‘The Soldiering on Awards recognise the outstanding achievements of former servicemen and women who are shining examples to us all with their can-do attitude and transferable, valuable skills acquired during the course of serving in the Armed Forces’, stated the Awards Patron, the Rt Hon Earl Howe PC.

Chairman of the Soldiering on Awards, Tal Lambert MBE stated: ‘I’m delighted that Soldiering on Awards have become a fully integrated part of X-Forces Enterprise Group – a non-for-profit Community Interest Company with exemplary credentials within the Armed Forces Community; renowned for their collaboration within our community and beyond.’ 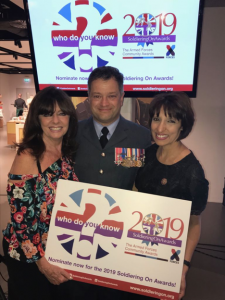 The event was hosted by Capita Plc and other attendees included the President and co-chair of Judges, General the Lord Dannatt; Rt. Hon Tobias Ellwood MP; Anne Donoughue and Tal Lambert of Soldiering on Awards; Vicki Michelle of Allo Allo; the XFE supported 2018 winners of Bus

iness of the Year: Community Impact Awards, Sporting Force and bestselling author & journalist John Nichol amongst many other keen supporters of the venture.

This union promises to provide new opportunities for the Armed Forces community to excel in many diverse categories so if you know a hero who would benefit from this support and deserves to be recognised for their hard-work then please submit your nominations now: http://www.soldieringon.org/2019-award-categories/